THIS FEATURE IS DEPRECATED

The Partner syndication module allows to securely share data with the BizDock instances of your parnters. This system is based on Agreements to specifically define which data type could by synchronized.

Agreement: an Agreement is a contract between 2 BizDock instances that defines the scope of the possible synchronizations. It is triggered by a “master” instance and approved by a “consumer” instance. 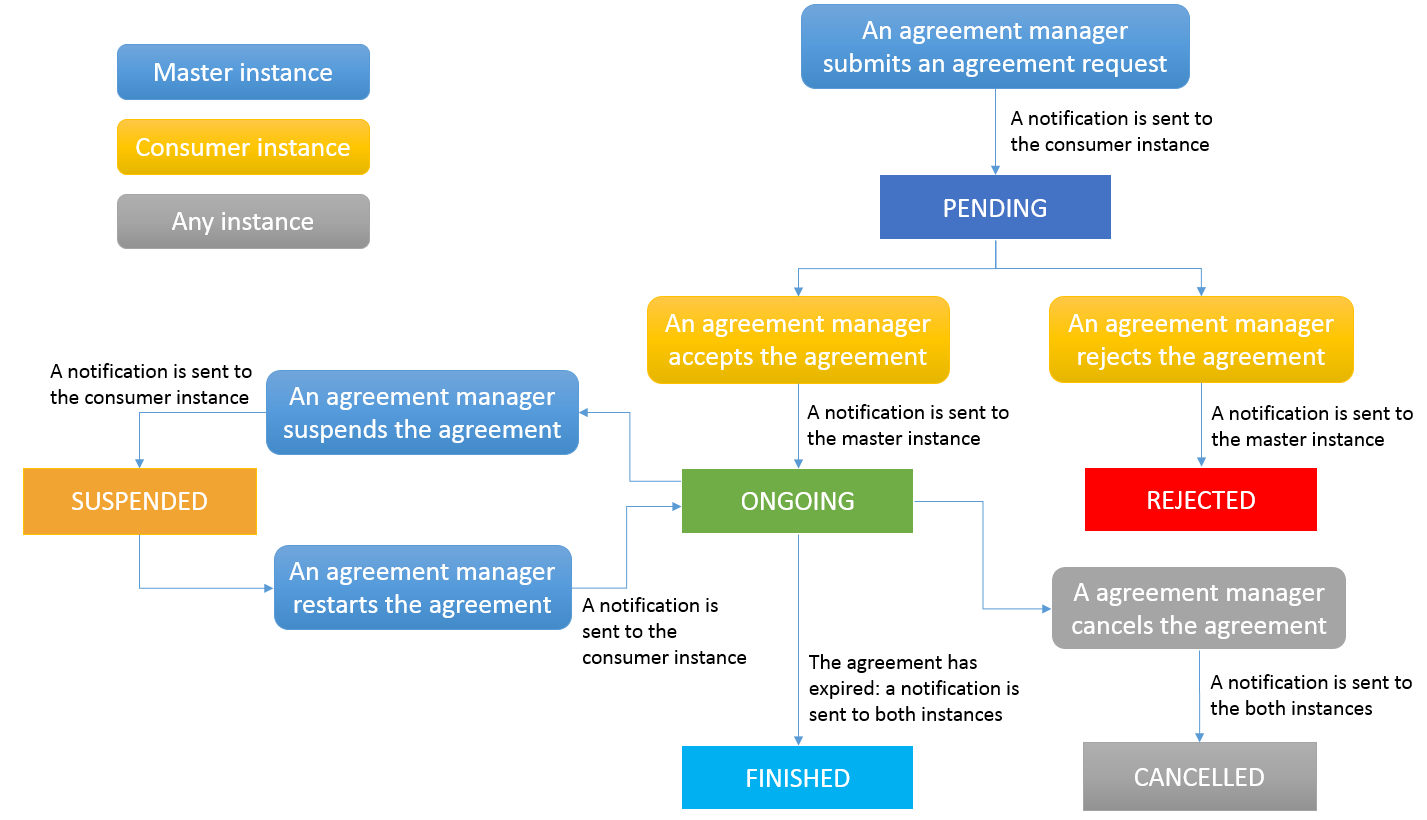 An Agreement relation could be done only for an ONGOING Agreement, and is automatically closed when the Agreement is FINISHED. 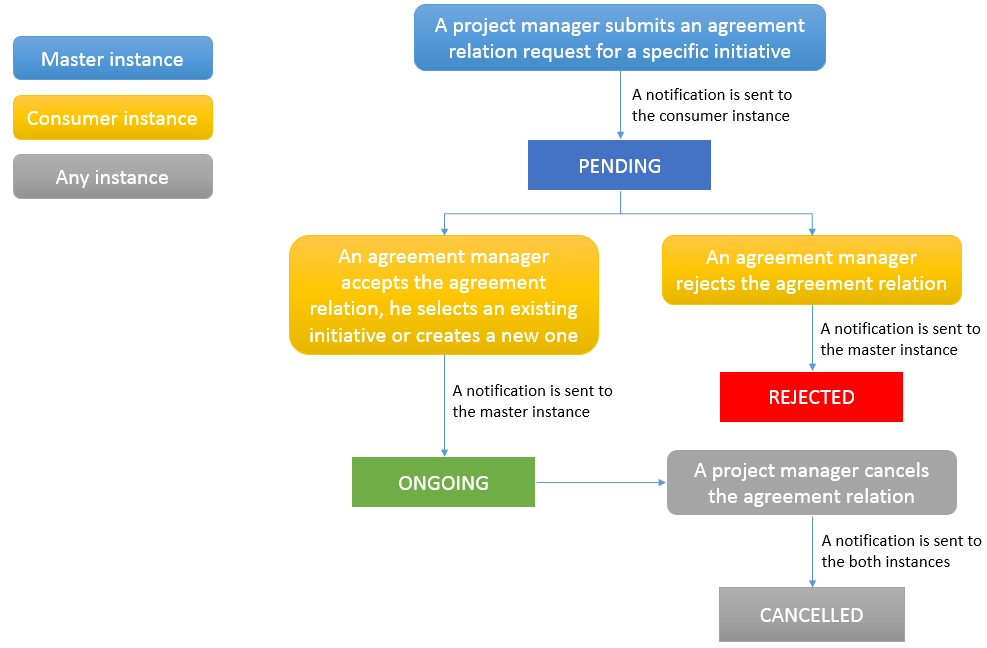